Check Out Our Range of Soccer Products

Check out what else coach has been writing about in the articles below:

Check out coach's archive over here

Why not check out some of these other soccer positions:

Check out these other cool drills:

Check out cool training drills and exercises over here

Check out what else Junior Coach has been writing about in the articles below:

Discover more words of wisdom from our Junior Soccer

We take a deep dive into all kinds of formations, past, present and future in this Ultimate Guide to Soccer Formations 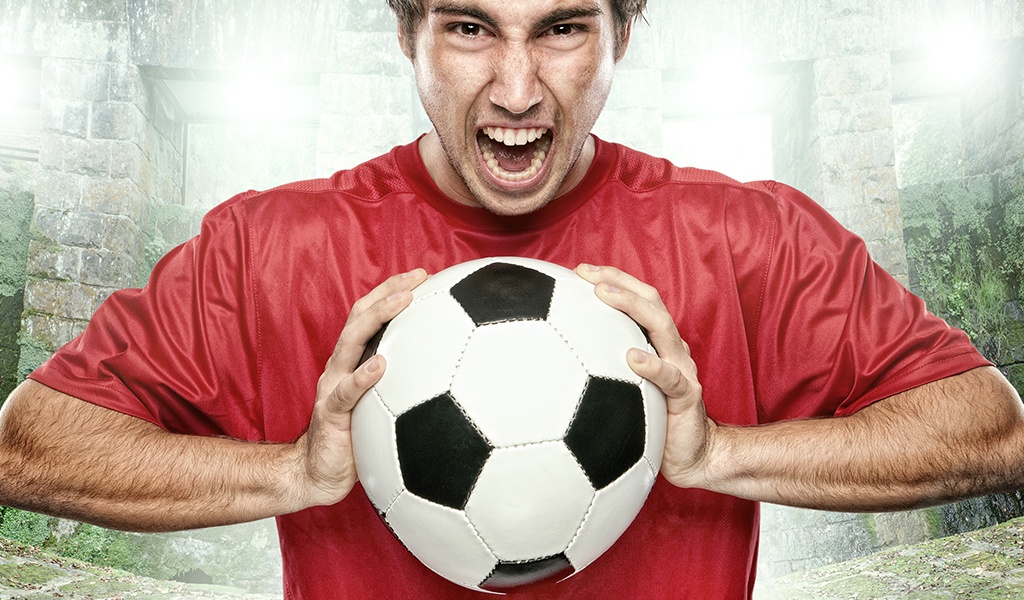 What’s that Hardest Position in Soccer?

Is a Striker the Hardest Position in Soccer?

Many people would say that striker is the most difficult position to play on the soccer pitch and this would be backed up by the evidence of the incredible fees and wages strikers receive in comparison to players in other positions. They are normally much better rewarded than other players because most people in soccer consider putting the ball in the goal to be the single hardest skill in the game.

If you’re a striker very often you only have a tiny fraction of a second to execute your skills and get the ball into the back of the net, often under immense pressure from opponents.

At the highest levels in soccer there is also the expectation of fans who think you will score every time you have an opportunity. There is a difficult physical dimension to being a striker too as the opposition defenders will often try to intimidate you both verbally and physically to stop you from executing your skills.

Watch this collection of top strikers from around the world and the array of skills they demonstrate, is it right to say this the hardest position to play in football?

Goalkeepers - The Most Pressured Position?

The goalkeeper goes on to the pitch knowing that any time they make a mistake it is likely to cost their team a goal which puts them under huge pressure in every minute of every game.

Many top coaches now consider the goalkeeper to be the most important member of the team not only for keeping the ball out of their own net but also in terms of their distribution and setting up attacks to score goals. The best goalkeepers also set how high the defensive line is and generally the better the goalkeeper and their anticipation of attacks, the higher the defensive line which is welcomed by most coaches.

​Watch this video for some great drills to develop all round goalkeeping skills:

The Value of a Strong Defense

Whilst it is easy to make a strong case that the goalkeeper is the most difficult position to play on a soccer pitch because of its importance, it would be wrong to ignore just how difficult it can be to be a defender. In the modern game of soccer most people are excited by quick, attacking play and often forget the fact that the game is 50% attacking and 50% defending.

A strong defense is essential for any team who wants to be successful. There have been virtually no teams in history who have been successful who are unable to defend. Every team starts every game with a tie after all and whilst individually strong defenders are important it is the ability of the defenders to combine as a unit to defend their own goal and keep the ball out of their net that is essential.

Some people would point out though that it is this collective responsibility that means playing individually as a defender is slightly easier than other positions on the soccer pitch.

Certainly a midfielder for instance will have many more physical demands placed on themselves in terms of the yardage covered. Many would say that's playing in midfield is actually the most difficult of them all because you have to make a positive contribution both defensively and offensively to support your team.

Top midfielders can clock many miles during a soccer match usually running at an intense speed and they have to possess incredible stamina to sustain their running.

Watch this video to see a number of drills you can do by yourself to support your fitness for soccer.

As the modern game is so quick and explosive there are more and more physical demands placed on all players and fitness remains an essential factor at all levels of soccer.

My Conclusion for the Hardest Position in Soccer

After weighing up all the evidence I think that goalkeeper is the hardest position to play in soccer simply because of the unique skill set required to be able to be a successful goalkeeper.

With the different demands that are being placed on goalkeepers in the modern game, not only do they have to defend the goal but they also have to act as sweepers and skillful defenders in their own right, often coming out of the penalty area to repel attacks and start off offensive moves.

Well, that's my opinion in a nutshell, but what about you. We'd love to hear your opinion on the toughest position in soccer as well. No doubt you will nominate your own position, but give us a shout in the comments below...

No offense to keepers, but I laugh when people say keeper is the toughest position on the soccer field. They are not stretched physically as other players. Defensive midfielders have to essentially do everything. Depending upon formation they have no to their right or left. They have get vertical and horizontal. They have to make an 80 yard run just to back up the defense on a break, knowing they may never touch the ball. Oh and while you’re tired, make sure you’re thinking quickly and reading the defensive while exerting yourself physically.